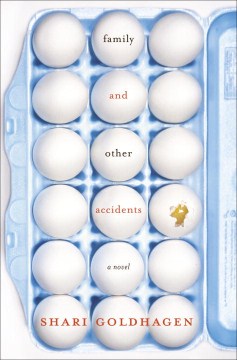 Family and Other Accidents : A Novel

Jack and Connor Reed are alone in the world, doing the best they can. Their father died of a heart attack when Connor was ten, their mother of an aneurysm five years later. So at twenty-five, Jack has returned to suburban Cleveland to work in his late father's law firm, bed young paralegals, and throw money and advice at his teenaged brother. Though they genuinely care about each other, the two tiptoe past each other's bedrooms, avoiding any intimacy in their conversations. They are living under one roof but orbiting in separate universes. As the years pass, Connor moves to Boston, where he marries young, while Jack remains stuck in his father's house, in his father's job, with a girl he can't decide if he loves. They keep in touch sporadically, calling and visiting in moments of crisis and frustration, and trying their best to do well by each other.

FAMILY AND OTHER ACCIDENTS tells the story of these two men–of their successes and failures, tragedies and triumphs–from their viewpoints as well as those of their girlfriends, wives and children. It is a story of what it means to be a family, to love unconditionally in the face of confusion, anger, and regret. Like The Corrections and A Heartbreaking Work of Staggering Genius, it is a finely nuanced, universally resonant portrait of the ties, however strange or awkward, that bind families together across the decades.

Baker & Taylor
Two very different brothers, Jack and Connor Reed are united by the bonds they share as they pursue separate goals, dreams, and lives, following their individual successes and failures, triumphs and tragedies, over the course of twenty-five years, in a debut novel that chronicles the lives of the two men from their own perspectives as well as those of family, friends, children, and spouses. A first novel. 25,000 first printing.

Baker
& Taylor
Two brothers, Jack and Connor Reed, are united by the bonds they share as they pursue separate goals, dreams, and lives, with individual successes and failures, triumphs and tragedies, over the course of twenty-five years.