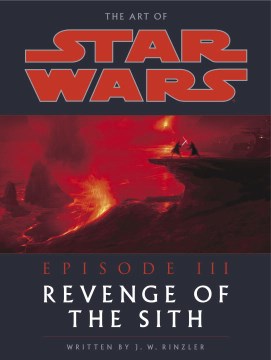 The Art of Star Wars, Episode III, Revenge of the Sith

This extraordinary volume unveils the best of their efforts: never-before-seen images–storyboards, models, production sketches, and ILM-generated art–that chronicle the fascinating journey from first draft to theater screen. Among the hundreds of brilliant pieces are images and anecdotes covering

For Star Wars fans everywhere, this treasure chest of images from the final, fateful Star Wars movie is a visual feast that promises hours of endless browsing pleasure.

Art from the best of the prequel trilogy.